This research aims to determine the correlation between job satisfaction and achievement motivation with teacher’s performance, with the Job Satisfaction (X1) and Achievement Motivation (X2) as independent variable and Teacher’s Performance (Y) as dependent variable. The research was conducted in 5 centers of Kinderfield Primary School : Cirebon, Bekasi, Sunter, Simprug and Depok . The research population and sample was all teachers who teach in Kinderfield Primary School which totally 100 teachers by using saturation sampling technique. The research instrument was a questionnaire eligible of validity and reliability with Likert model which measures 1-4. Analysis of the data was using simple correlation analysis, multiple correlation and multiple regression at alpha significance level 0.05 by using SPSS 20th version.

Currently the journal is in preparation for accreditation... 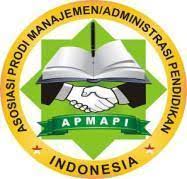