A study has been conducted in Riau Province in 2016 - 2018. One of the objectives of this research is to provide alternative policies for the regional government of Riau Province to encourage regional economic growth. The system of simultaneous econometric modeling is used and estimated by the method of Two Stage Least Squares and SIMNLIM method for simulation using 33 years time series data (1984 - 2016). The results showed that the alternative policy of increasing 10% tax revenue increased local revenue by 8.32% and government expenditure by 0.43%. Conversely, an increase in tax revenues has an impact on reducing public consumption by 0.10%, which in turn decreases RGDP by 0.01%. However, the decline in RGDP did not contribute to the decline in investment. The accumulated impact of the decline in consumption and the increase in private investment caused public savings to increase by a relatively small 0.03% so that the interest rate dropped 0.27%. The impact of the decline in RGDP caused the demand for money to decline by 0.04%. Keywords: tax revenue, the impact of change, regional economic growth, economic fluctuations, short term 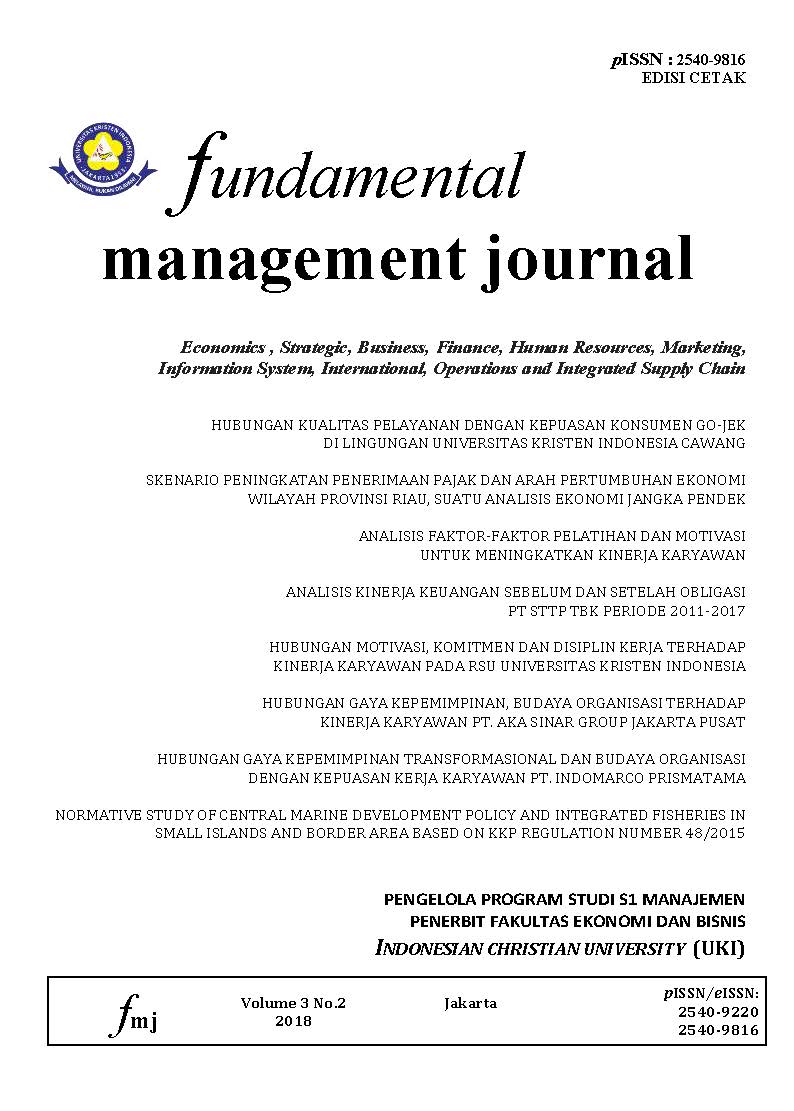