Taxes are the largest source of state revenue. In financing government activities and state development .. one indicator of tax revenue is compliance in paying taxes and compliance in reporting taxes. Taxpayer compliance is an important factor in realizing tax revenue targets. the higher the level of tax compliance the higher the rate of tax revenue. the purpose of this study is to (1) know the compliance level of taxpayer pph Article 21 for its reporting on Kpp pratama jakarta pulogadung period of 2015 and 2016 (2) to know the realization of income tax Article 21 on its target at KKP Pratama Jakarta pulogadung 2015 and 2016. Method used in this paper is the method of librarians where literature sources such as books of taxation literature, taxation laws, tax laws and using field study methods, make observations and data collection directly to the field. discussion results show that (1) level the compliance of reporting pph article 21 conducted by wp from kpp pratama jakarta pulogadung 2015 its compliance rate (79.40%) in 2016 to (83.49)% can be concluded taxpayer compliance level for reporting pph Article 21 of 2015 and year 2016 said (75% -84%) in obedient category. (2) the level of tax revenue in 2015 has not reached the target determined only reach (84.37%) while the year 2016 almost reached the target that is (92.65%) indicating that there is an increase every year Keywords: taxpayer, compliance reporting level, tax revenue pph article 21 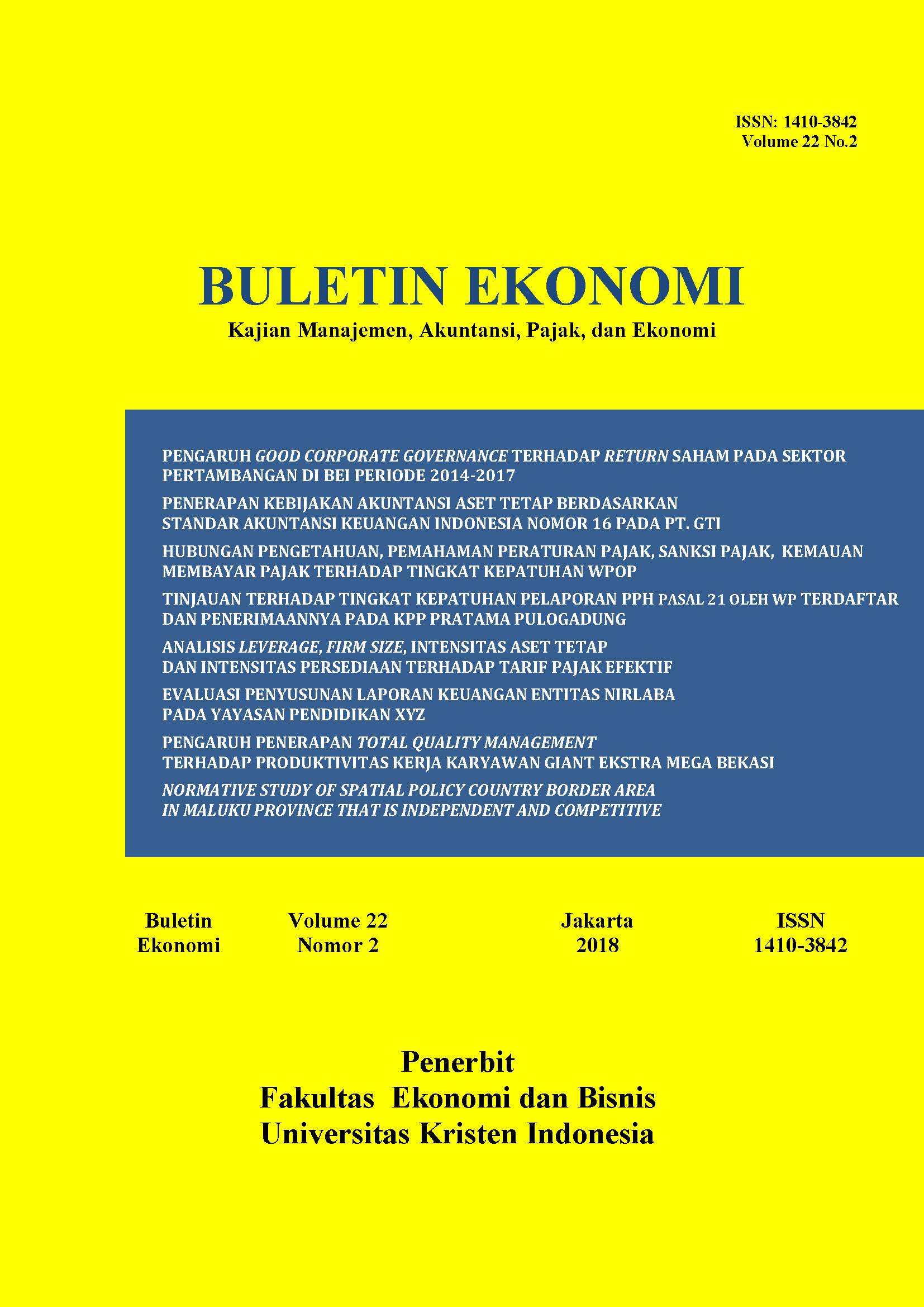